The Ilm Park in Weimar – the green oasis

Weimar’s green oasis is a 48 hectare landscape park on the edge of Weimar’s old town. It is part of a kilometre-long green belt along the Ilm. It was created between 1778 and 1828 and shows sensitive, classical and post-classical-romantic features.

The creation of the Park an der Ilm is closely linked to Goethe’s life and work in Weimar. Duke Carl August donated a little house with garden to the poet in 1776. This is now known as Goethe’s garden house. In 1778 the first buildings and squares were built on the western rocky slope. Over time, paths and small seating areas, monuments and other park architecture and bridges were built.

The design highlight in the southern part of the park is the Roman House. It was built between 1791 and 1797 by order of the Duke in classicistic style.

Numerous visual axes linking prominent points such as Goethe’s Garden House, the Roman House and the Bark House within the park, but also establishing relations with the surrounding area, are an important feature of the complex.

Carl August has strongly promoted the development of the park. With his death in 1828, the work was largely completed. Although the park was maintained for the following decades, it lost part of its direct relationship to the surrounding landscape due to buildings in its surroundings. In addition, inadequate interventions in the woody vegetation endangered its former appearance. By taking over the National Research and Memorial Sites of Classical German Literature (NFG), extensive restoration, conservation and maintenance work was carried out on the trees, paths and architectures in 1970.

The park on the Ilm has been a UNESCO World Heritage Site since 1998. 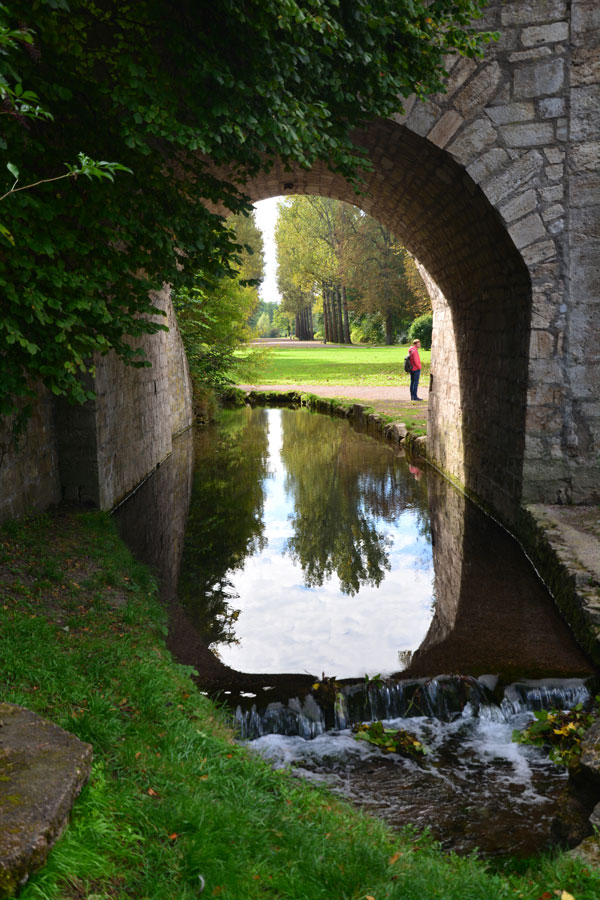 back to the overview