The history of the Paulinzella monastery ruin

The monastery ruin Paulinzella is a former monastery church and one of the most beautiful sights in Thuringia. It is one of the most important Romanesque buildings in Germany. Even Goethe and Schiller enjoyed the view.

The then small village with the name Marinenzelle, which consisted of a small chapel and a few wooden huts, became a Benedictine monastery around 1102 by the Saxon noblewoman Paulina. Work on the present monastery complex began in 1106. Paulin died in 1107 and construction slowed down.  Some craftsmen and many builders left the monastery. As a result, the monastery was not consecrated until 1124 and was gradually extended and completed in the middle of the 12th century.

In the following years, the Paulinzella Monastery acquired a wealthy property. However, it was only operated as a double monastery until the middle of the 15th century and then only as a pure monastery. Shortly thereafter followed a peasant war and the monastery was robbed of many possessions.

With the introduction of the Reformation, Koster was now subject to secular regulations and thus the monastery was closed around 1534. Thereupon the monks were expelled and in 1564 the quarrying of stones began in order to build them in other places. This and the weather contributed to the rapid deterioration of the ruin. At the beginning of the 19th century, conservation work began on the monument. This should make the site accessible to posterity for a long time to come. The ruin can still be visited free of charge.

Throughout the year you can enjoy concerts and other cultural events in this special atmosphere. One of the most important is: 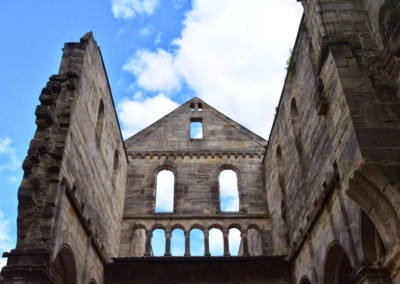 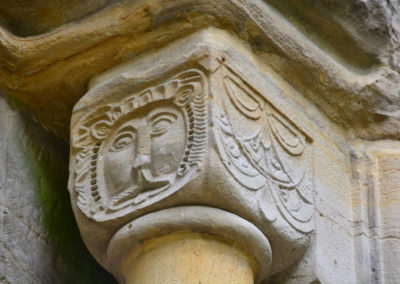 The marriage market in Paulinzella

It is a folk festival, which is organized every year for the Men’s Day by the Paulinzellaer Heimatverein. It enjoys great popularity and many people make pilgrimages to the small village. Bratwurst and cool beer are provided, the men can prove themselves at the “Hau den Lukas” and live music can also be danced exuberantly. For the little guests there are small attractions like a bouncy castle, so that young and old can have their fun.

The museum can be found in the hunting lodge and is open from April to October, Friday to Sunday from 10:00 to 17:00 pm.

The exhibition “From a stone axe to a power saw”

This exhibition is also temporarily open from April to October, Friday to Sunday.

back to the overview