The Luisenturm near Kleinkochberg about 14,2 km (about 19 minutes by car) from Rudolstadt

In 1864 the Luisenturm was built on the height of the 515m high Hummelsberg near Kleinkochberg by the builder James Patrik von Parry. The tower itself is about 18m high and has 78 stairs. It is made of limestone and its crown of sandstone. From the top you have a great view of the Saale valley and the Saale-Ilm plateau. When the sky is clear, you can even see as far as the Brocken.

The tower is considered a cultural monument in Uhlstädt-Kirchhasel.

The Luisenturm is popular for its traditional “Festival of 1000 Lights”, which always takes place on the first weekend of summer (i.e. at the end of June) and lasts for three days. During this event, the Luisenturm lights up in numerous lights, as it is decorated with fairy lights. Various entertainment, coffee and cake, as well as brass band music make the festival something very special.

From April until the end of October always open on Saturdays, Sundays and holidays. 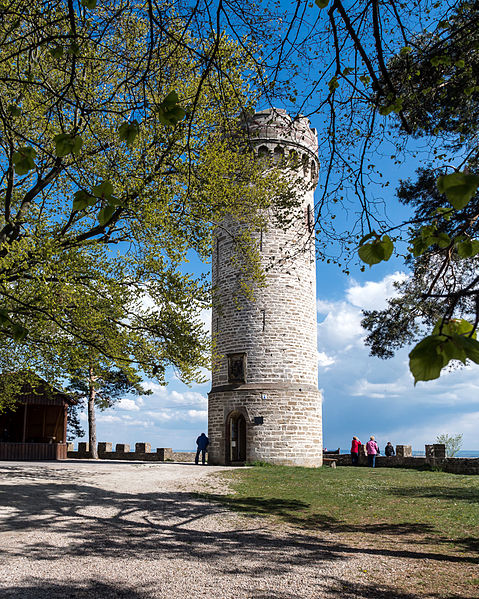